Andy highlights his top 5 UK trekking routes and explains how working with Water-to-Go has benefitted EverTrek. 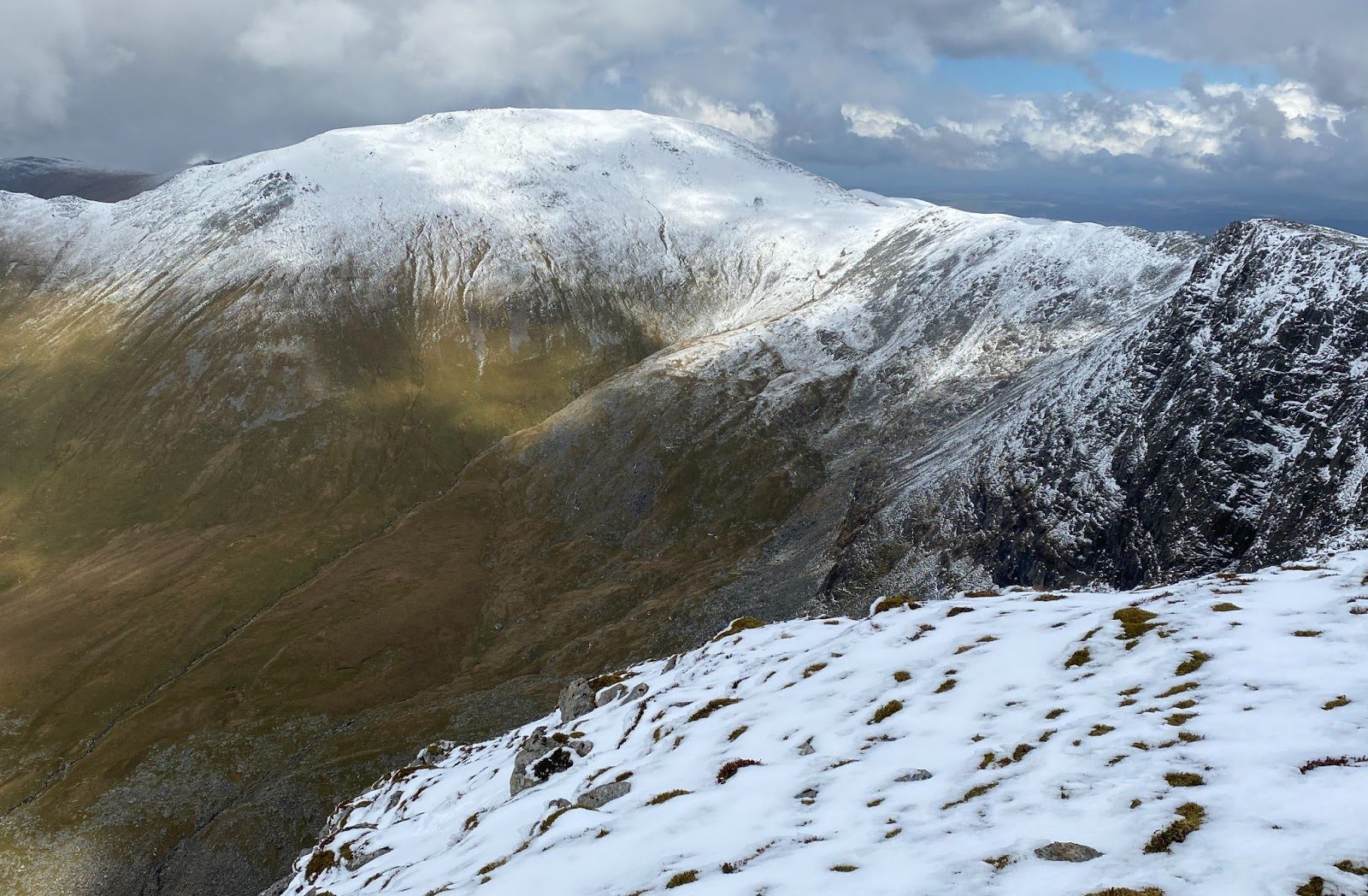 5 awesome trekking routes in the UK from a Yeti himself

If you’re anything like us, getting out into the hills and mountains and drinking in the views whilst getting the heart pumping and the legs burning is something that gets you going! If this is you then I’ve got 5 trekking routes that I’m sure you’re going to get excited about.

With people being forced to stick closer to home recently, people have been looking for new mountain routes to take on. Now before I get into those routes, it’s been fantastic seeing all of the positivity come out of the adventure community lately. After the craziness of the last year or so and not being able to get out and do the normal things in life, it’s been challenging for many many people but I think this has made people even more determined and motivated to get outside and get back to places like the mountains.

This has been even more so for our community of EverTrekkers who have not been able to travel on our high altitude treks which we run to Everest base camp, Kilimanjaro or Machu Picchu. 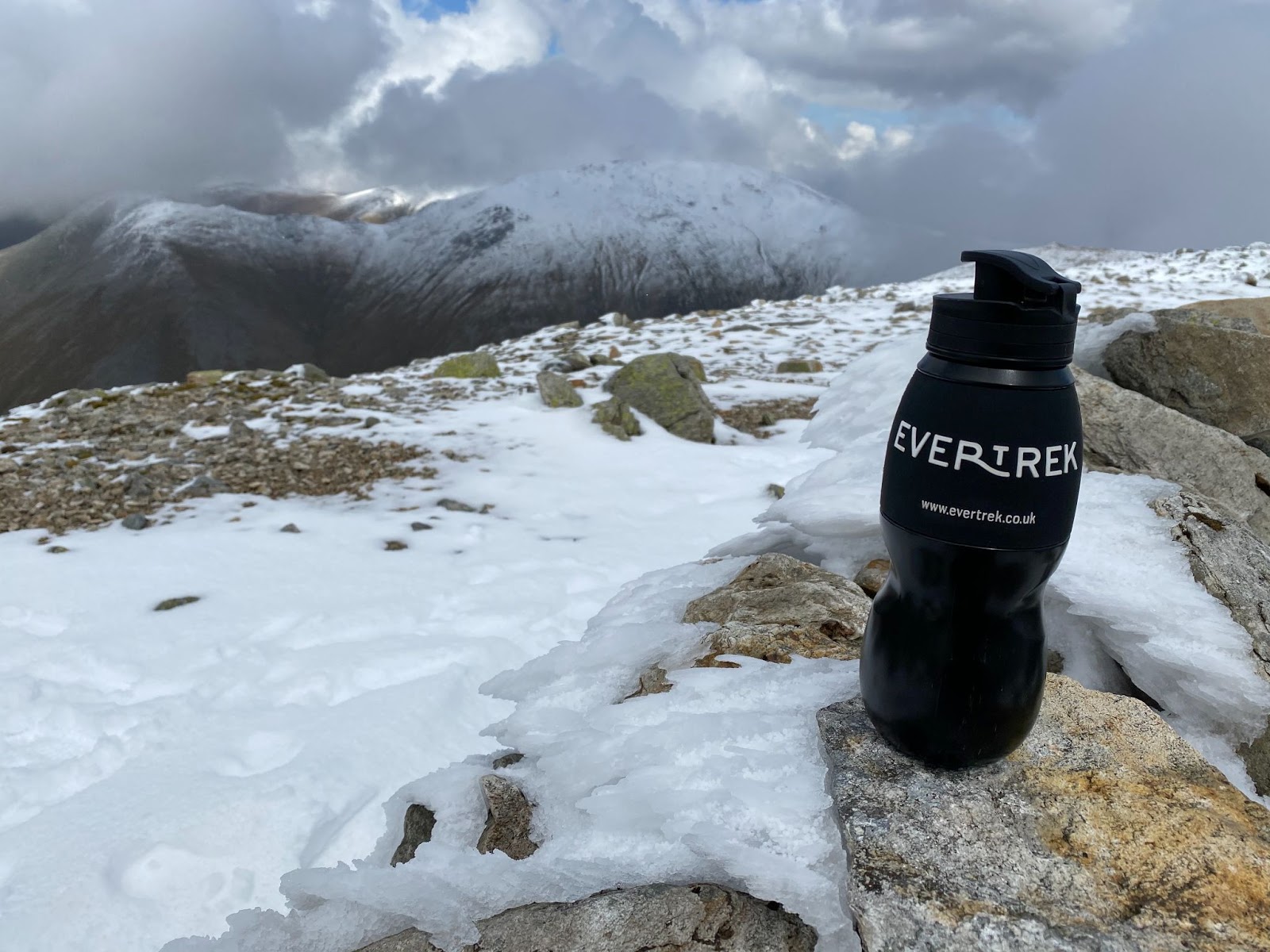 However, I get the feeling we are not a million miles away from being able to do this again so now is the time to get outside, get fit and get prepared for your next big adventure. So, as we say here ‘Let’s plan for when we can’…

Starting off with one of my favourite parts of the UK in Snowdonia national park and the much quieter and less visited Carneddau. If you have ever been to North Wales and climbed Snowdon you will have noticed, it get’s quite busy these days. It’s still a great mountain to climb but there is so many other great places in the national park that it would be travesty not to explore a bit more. That’s why the Carneddau stands out for me.

The way the Carneddau mountains sit on the horizon like giant mountainous whales who have just come up for air jetting out of the ground is something special. The route takes you across the peaks of Pen Yr Ole Wen, Carnedd Daffyd & Carnedd Llewelyn as well as a few other peaks and is a real top day out in the Welsh mountains. 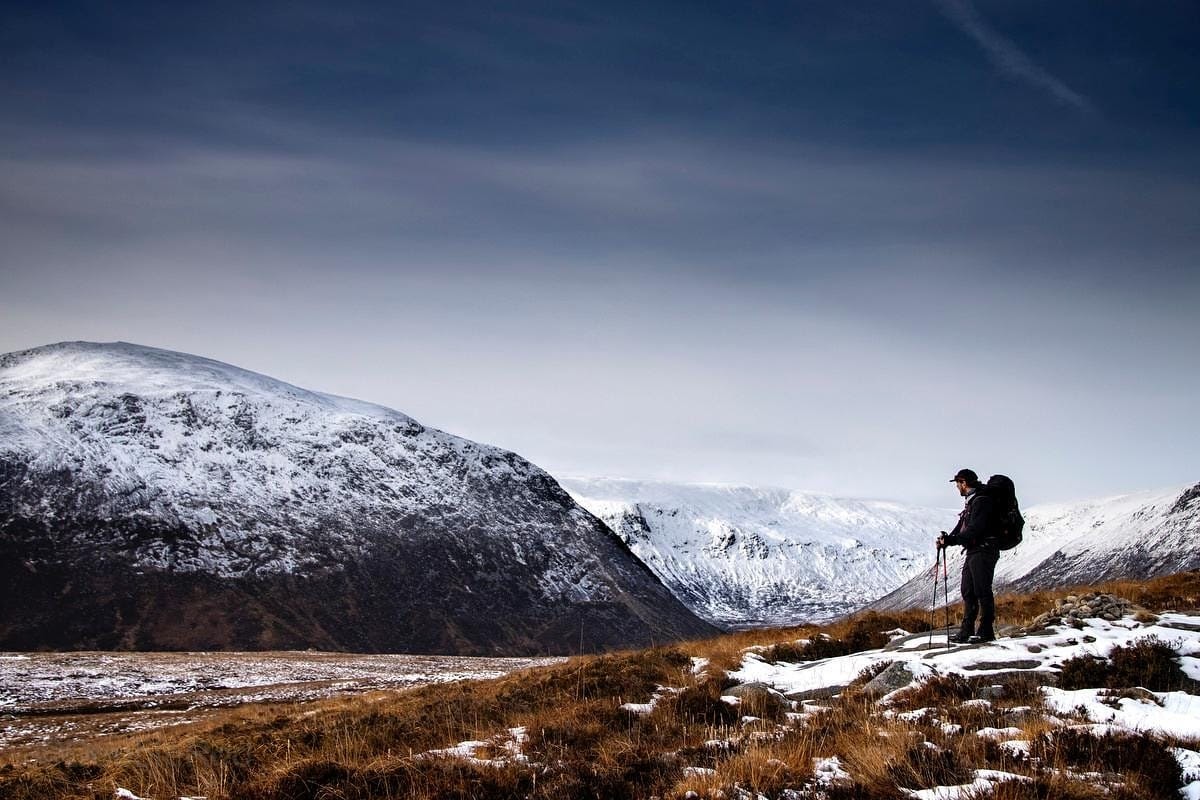 They should call this the Lairg Gruh-ler really as it’s absolute beast of a trek, especially during the months of November through to March if there is snow on the ground. Although the route can be done in one day (Took me 17 hours during deep snow in winter a couple of years back), it’s more enjoyable to break it up into 2 days and stay a night at Corrour Bothy midway along the route.

What better way to trek through a beautiful landscape than spending a night in the remote region of the Cairngorms.

Helvellyn, arguably the most iconic mountain in the lake district and 3rd highest in England. Although the peak is popular, the ‘Horseshoe’ type ridge itself is much quieter and can be an awesome day in the mountains.

Known to be one of the best ridge walks in the Lake District, this is one you just have to tick off the bucket list. If you get good weather, on a clear day due to the location of the peak, it’s even possible to see Wales and Scotland too.

Any Munro baggers out there will know this ridge very well as you can really smash your Munro tally and bag 7 in one day! Nowhere else in the Scottish Highlands can so many peaks be climbed in a day, with minimal descent between the summits. A challenging and steep ascent awaits but once you climb your first Munro ridge, you are onto the main ridge. The main challenge is the distance rather than climbing difficulty, as the ridge extends long into the distance towards the North West on this walk.

I’ve saved one of the best until last here. I couldn’t leave out what has to be one of my favourite mountain days a couple of winters back. The Glyderau range with the summits of Tryfan, Glyder Fawr, Glyder Fach, Y Garn & Elidir Fawr provide some of the best walking you get on British shores and provide a more rugged look and feel compared to the Carneddau beasts or even Snowdon itself.

You may have heard of the ever popular Tryfan but the rest of the peaks are normally very quiet and provide a proper adventure. Look at the route climbing Devils Kitchen which is near Glyder Fawr from Lake Idwal and you will be in for a great day.

How a water bottle can change our future! 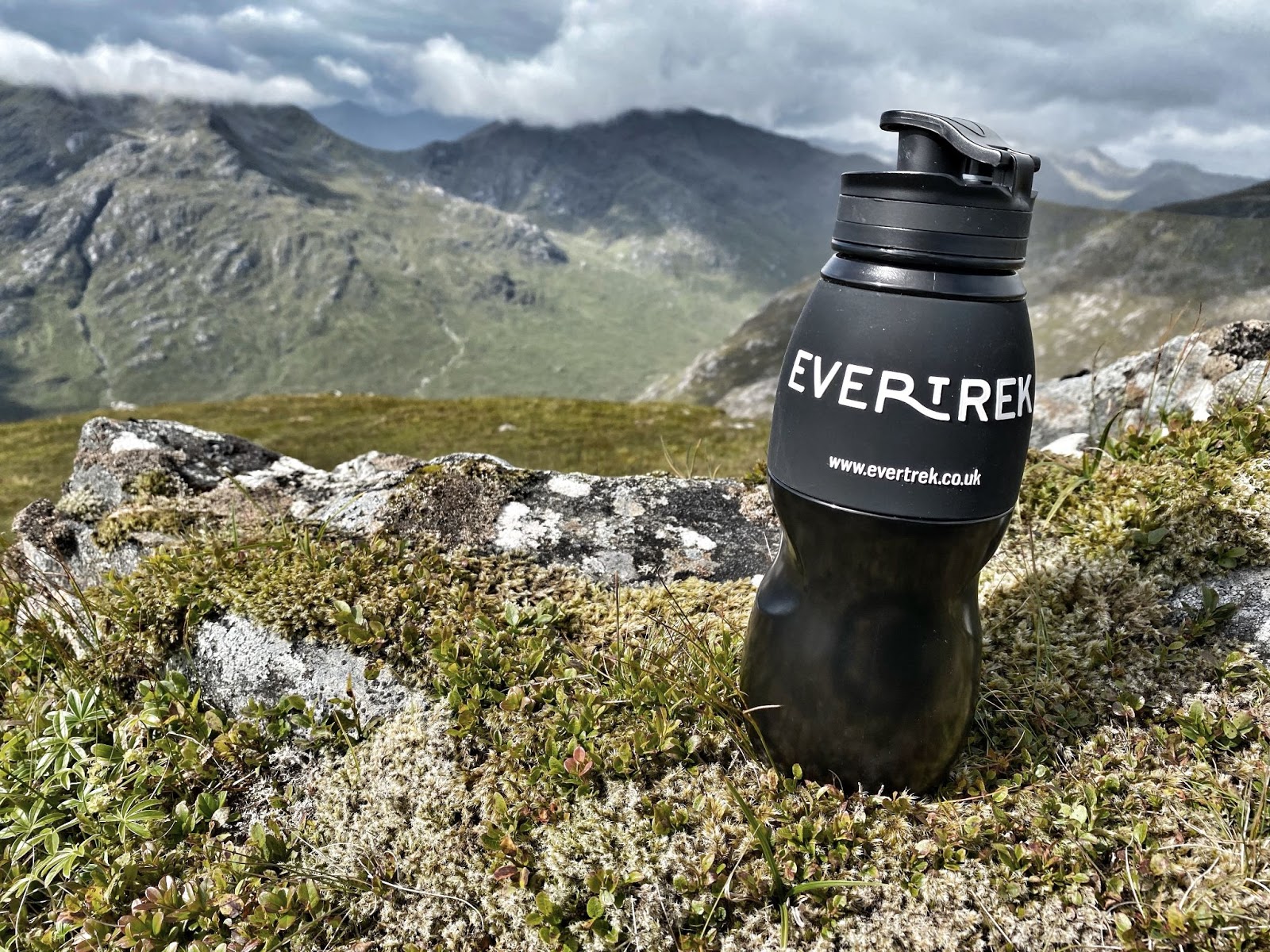 I’ve talked about 5 awesome treks right there and I hope that provides some inspiration for your next adventure. One thing I want to touch on today is around water itself and being out in these wonderful mountains, you do get to see the good, the bad and sometimes the damn ugly. Countless times I’ve seen plastic bottles thrown away like the person who did so, had no care in the world. We need to do better! That’s why almost 2 years ago we teamed up with Water to Go who provided our team and our EverTrekkers filtered water bottles (You may have spotted them in some of the images above). We run our weekly Tuesday Tune-In over on Facebook with all of our EverTrekkers and educate them on the uses of the bottles but more importantly, what it does to combat the plastic issue we have in the mountains. Not just here in the UK but worldwide. That’s why we declared a climate emergency back in May 2020 to reduce our carbon emissions by 55%.

We then released our Climate Action plan which is focused on reducing our carbon footprint and also reducing plastic in the regions we trek. It’s important for everyone to get involved in this. 100’s of travel companies and suppliers have also declared and released their climate actions plans. This is where you can make a difference too by using reusable water bottles like the Water to Go bottles EverTrek used. That’s why we know that a water bottle can change our future as doing something is better than doing nothing. Let’s all do what we can to make this happen so when we are out in the mountains again, we see less of the ugly and more of the epic and beautiful mountains we are used to. 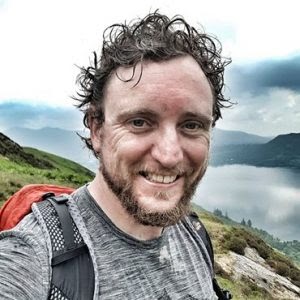 Andy Moore is the CEO and Head Yeti at high altitude specialists, EverTrek. Andy’s love and passion for the mountains and outdoors feeds down to the day to day running of Evertrek and the way he’s built the EverTrek community of fun but adventurous EverTrekkers. His goal is to inspire people to not only reach the summits of mountains or trek to places like Everest Base Camp but also love the journey along the way, as he puts it ‘”It’s all about the journey”.

EverTrek specialise in high altitude trekking to iconic destinations like Everest Base Camp, Machu Picchu and Kilimanjaro with sustainability at the company’s heart. Doing all they can to save the planet one trek at a time.